We read “Blue Bouquet” by Octavio Paz a while ago in my English class, and I wrote a response to the following assignment:

Respond to any specific aspect of the story that you feel is an important part of the story (Character, setting, symbol, central metaphor, conflict) or a central idea (theme) in the text. Identify and explain examples in your paper to help develop your ideas. Use a structured, paragraphed approach to your discussion.

I decided to tackle a more unconventional topic: the stylistic components of the text and how they develop the story from a story-engineering perspective.

Blue Bouquet offers a fascinating insight into one man’s transformational experience. While one half of the story is made up of vivid language and complex sentences, its significantly shorter counterpart ends off the story with plain, factual, and simply-structured sentences. Word choices and sentence structures form the backbone of all languages, and in the case of a short, two-page story like Blue Bouquet, they are critical to developing the narrative quickly and effectively. Thus, Blue Bouquet showcases the power of well-utilized stylistic elements which simultaneously highlight the narrator’s shift in mindset and serve to provide insight into the author’s opinion of the world – that it is not as beautiful and safe as the narrator describes it to be in the beginning.

In the first half of the story, the narrator is enchanted by what he sees, and uses flourished language and complex sentence structures to paint a very naïve and fantastical picture of the world. Sentences come in a variety of forms, and are packed with descriptive words that enhance the nouns and verbs used. Furthermore, most of the actions the narrator takes – even minor ones – are not only recounted, but strung together in elaborate sentences joined with “and”. He says, “I jumped from my hammock and crossed the room barefoot, careful not to step on some scorpion leaving his hideout for a bit of fresh air.” Thus, the narrator’s choice to join multiple actions into single, elaborate sentences immediately establishes that he is at ease.

It also indicates that the narrator notices even the smallest of details in his surroundings, something which is further confirmed through his choice of language. In his second sentence, the narrator describes steam rising from the pavement, but is careful to clarify that it is “newly sprayed, red-brick pavement”. He even describes a creature reminiscent of a moth as “gray-winged butterfly, dazzled” and circling the yellow light, and a scorpion is favourably mentioned to be “leaving his hideout for a bit of fresh air”. The narrator clearly has a tendency to elaborate on what he sees, but the extremely optimistic tone in which he does so suggests he is naïve and unassuming. The choices of sentence structure and language are integral to quickly communicating this information about the narrator, and setting up a mood of serenity, enchantment and carefree bliss, ready to be toppled in the next half of the story.

Eventually, the narrator’s sentences begin to be blunt, short, and only focused on the facts, creating a massive contrast from his initially elaborate and complex sentences. This structure of speech is often prominent when we are tense or anxious; thus by assuming it, the narrator draws attention to his fear even before directly expressing it through actions or narration. The first time we experience blunt sentences in the story occurs when he temporarily stumbles in the dark after emerging from the lamp-lit boarding house. “I fumbled along the cobblestone street. I lit a cigarette.” He says. His lack of sight in this instant is a huge deterrence for him, and he is momentarily tense. Not only does this emphasize the importance of sight for the narrator, but it connects his loss of sight with fear and anxiety – a connection which will resurface later on in the story. Then, during the narrator’s confrontation with his attacker, the narrator once again shortens his sentences. “He was small and fragile.” And later, “He opened my eyelids with a firm hand. He couldn’t see very well. […] The flame burned my fingers. I dropped it. A silent moment passed.” These few moments of fear are intense, and not because of what is happening but because of the skill and style with which the text is laid out. The narrator is afraid – for his life and for his eyes, which had contributed so vastly to his enjoyment of the magical universe just a few minutes prior.

The word choice also experiences a massive shift from vivid and descriptive to completely lacking in detail of any sort. The narrator no longer notices characteristics about items, just the items themselves. In the last paragraph in particular, there are absolutely no adjectives present except for one: “I ran for an hour through the deserted town.” As the only adjective used in the latter half of the story, the choice of the word “deserted” is significant. It is an indicator that the narrator, though he has not physically lost his eyes, has lost his ability to see. A town which had just been described in such vigor and as having such life – as a “conversation between two great beings” – has now been completely transformed, in the narrator’s eyes, into a bleak and “deserted” one. Furthermore, the narrator, having opened his narrative optimistically in a peaceful bliss, ends the story on a pessimistic tone, saying simply “The next day I left town.” His decision to finish his narrative on a despondent note, and the contrast between his former enchantment with the world and his brisk, tense new attitude suggests that he truly has been shaken out of the unassuming romantic he once was.

Thus, the stylistic elements carefully chosen by the author are the backbone of this two-page story. They are essential in quickly and effectively developing the narrator’s character, and in creating the essential juxtaposition of perspectives that provides for an analysis of the author’s message. The question remains: is the world beautiful, safe, and a “conversation between two giant beings”, or is it a man-eat-man world filled with dangers at every corner? The sense that the narrator has lost his innocence by the end of the story suggests that the author’s message is that the world is, in fact, truly dangerous. The only two other characters present in the novel both seem to be aware of this nature of the world, and by the end, the narrator has learned his lesson, too.

1 thought on “writing || The Backbone of “Blue Bouquet”: An Analysis of Literary Style” 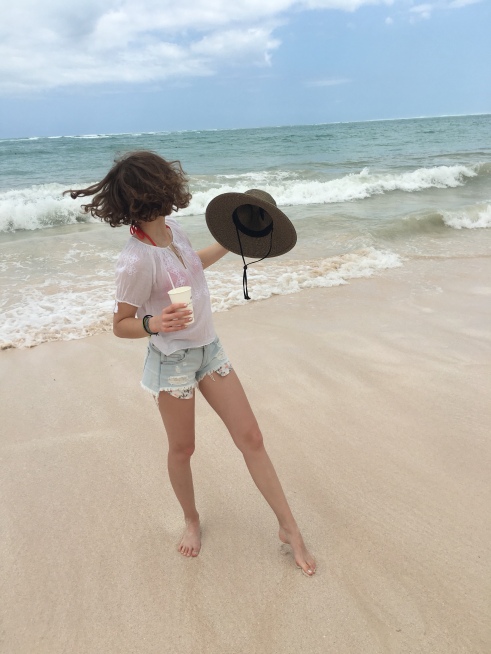 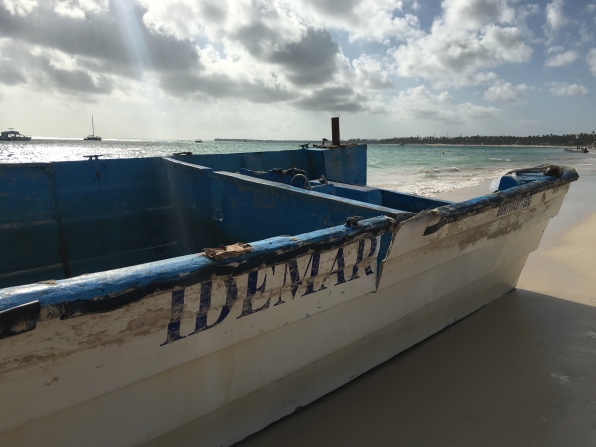 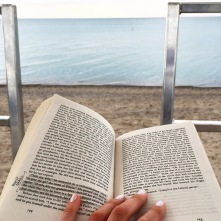