Earlier this year, I stumbled upon a golden video while watching YouTube with the (or so I convinced myself) non-mindless goal of learning more about cooking and the culinary arts.

It was a 42 minute video titled, “How to Chop Every Vegetable”.

As is usually the case when you watch someone else go at their absolute, genuine passions, I became enraptured with the vigor and energy with which the narrator chopped up her vegetables. And just like that, an activity I would have usually passed off to my cooking partner became my favourite part of the activity. Chopping vegetables. Who knew?

This somewhat exaggerated anecdote is relevant because, as it so happens, once chopping vegetables becomes enjoyable, cooking also becomes very enjoyable. After all, the main difference between cooking (meals) and baking (desserts) is the act of chopping. Otherwise, both involve tossing food, placing food, and waiting for the oven or stove to do its magic.

When we began lockdown and being stuck at home without the usual option of resorting to restaurants, I took up cooking more seriously.

In fact, if you’ve seen my latest vlog which includes a dramatic rendition of cooking pasta, you’ll understand what I mean by taking it up more seriously. I have really gotten into chopping up my veggies.

As a cook, I would describe myself as experimental. I enjoy trying new types of foods (except new types of meat – I’m very much plant-based), and doing my best to learn the process of combining items. Although I’m far from having accumulated enough experience to be able to know which spices go with which foods, and to have elaborate recipes memorized, I’ve had my fair share of succeses.

In this post, I want to share some delicious photos of the most successful dishes I’ve put together in the past two months.

It’s coffee, made with a turkish pot, and oatmeal. Except I generally make my oatmeal in the microwave, just by dumping oats, adding water, and topping with fruit, nuts and maple syrup. The stovetop oatmeal was, like many other things, a bit of an experiment.

There’s not really much to this recipe. Even the coffee can be made in any kind of pot, really. All you do is dump in enough water, add in about 2 teaspoons of fine-ground coffee for every cup of Americano you’re making, and wait for it to boil. Then you remove it from the stove, cover with a plate and let it sit for a little while – but not too long because then you’ll be drinking cold coffee.

variations of my oatmeal toppings

One day, I woke up with an ambition to create a more elaborate oatmeal that the whole family could enjoy. Sadly, it lasted three days, which is cook-speak for it wasn’t a big hit. I think it was just a little too sweet.

The recipe I used was from one of my favourite cooking blogs, called Once Upon a Chef.

SIDE NOTE: Generally, when looking up recipes I don’t use the usual Google search cards but search up uses for an ingredient or two directly in my favourite blogs. I’ll link them at the bottom of this post.

I also gave Blue Bird Kisses’ bagel recipe a try last month and it was DELICIOUS. I would highly recommend it. Only thing to watch is that you don’t accidentally add too much baking powder like I did.

This recipe uses up any bulk Greek Yogurt you may have bought, and flour. That’s pretty much it. You can find it below! I don’t think she’s put it on her blog, Blue Bird Kisses yet.

Note also: it’s a bit sticky when going onto the tray, but still comes out great!

These took so long to make and I realized halfway through the muffin part was utterly unnecessary. But they turned out great and I guess I have a lot of extra time these days, so let’s call it a “fun experiment” as well.

We also evidently had a lot of extra cottage cheese to consume, which is why the recipe I searched for explicitly had the words “cottage cheese” in the title.

I’m linking all the recipes into the bright turquoise buttons, in case you want to check them out!

We’ve also whipped together a fritatta several times. Another great way to use up strange veggies that wouldn’t otherwise get eaten, this is such a perfect and versatile recipe. It also allows you to cook for the entire family, which is great for weekend mornings.

One time, I even used a bunch of celery in it and surprisingly it worked really well!

the only frittata recipe you’ll ever need

I love this link from Epicurious, because you can adapt it to any ingredients you have in your fridge.

As before, we start with the classic, go-to, ordinary-day meal. It’s usually a combination of fresh veggies (HELLO large chops this time!), whatever is leftover from previous days, and often some avocado toast. If we’re feeling saucy, maybe we’ll throw in a fried or boiled egg in there, too.

What’s that delicious looking quiche/pizza in the back, you ask? That’s my mom’s new signature recipe and unfortunately not my creation so I don’t know how it was made. If you’re interested in finding out though, leave me a comment and I’ll get to it!

Sometimes influencers really do succeed in influencing, and my recent obsession with veggie-laden salads comes from a what-i-eat-in-a-day video by Sorelle Amore. Her beautiful energy towards fresh veggies and home-grown foods is contagious. Skip to around minute 2:00 for a little bit about fresh foods.

As a result, I’ve started adding seemingly boring vegetables like cucumber back to my grocery list. In fact, I’m combining veggies like never before (once they’ve been thoroughly washed to be safe).

The meal above is a creamy quinoa salad I made in the first week of lockdown. I credit Pinch of Yum completely for this recipe and the avocado dressing that goes with it. The salad itself is fairly easy – it uses up quinoa and any assortment of veggies you’ve got in the fridge.

The dressing was a bit more challenging to make, and I think I would save it only for a special occasion in the future.

And I’ll add one more salad…

This one has couscous as a base. I haven’t made but think would taste delicious as well.

Instead of the more complicated avocado cilantro option above, a simple honey dijon dressing has been my addition to every salad I’ve made in the past few months. I think it’s the perfect spring/summer meal and having a quick and healthy dressing to whip up for any salad is so great.

The ingredients I generally combine in an estimated ratio are:

For an official recipe and blog post, this is a very comprehensive and helpful one by Thriving Home Blog.

I became obsessed with chicken pot pie during my first year of university. When living in residence, one cafeteria meal that I always went for was the chicken pot pie. It was likely just a frozen and re-heated dish – or the majority of it was – but it was delicious.

So, I decided to take on the challenge. Plus, it uses up some celery too, of which we had a big bag from Costco at the start of the lockdown.

This turned out DIVINE. It was so successful that it was gone in just one and a half days. The flavourings were superbly creamy, and combined with the pie crust made from scratch, it was so fresh and filling

One of the first meals I made while in lockdown, this combination is so great. What really makes the dish, though, is the lemon dressing recipe I followed by Pinch of Yum.

The awesome thing about this dish is that it’s all cooked in a single pan.

You’ll need lentils, vegetable broth, salmon, and for the dressing – some lemon juice, oil and honey.

Haloumi cheese is a type of cheese that grills really well without melting. It’s also got a very salty, tangy taste that combines perfectly with its somewhat rubbery (in a good way!) texture. It’s been a hit in our family ever since my parents made a Hello Fresh recipe for vegetarian haloumi burgers.

This recipe is from Cookie and Kate and includes lots of fun delicious sauces to make for the taco night. We chose it specifically because this time, we had a pineapple that needed to be eaten, and she includes a recipe for a pineapple salsa.

I hope by now you’re spotting the pattern…

A main driver for recipe inspiration these months has been “what’s in our fridge that we need to consume?”

Sadly, we only recently got hold of some soy sauce, but that didn’t stop me from putting together my go-to university meal of fried rice.

This simple dish uses rice and a combination of cruciferous vegetables, which is a great way to get a variety of nutrients in a cooked equivalent of a salad.

I pretty much always use this well-ranked recipe by Gimme Some Oven if I forget the steps or spices needed.

However, by now I’ve more or less memorized it, which is a step towards chef-dom that I am quite proud of!

You can really combine fried rice with anything, but I think it goes particularly well with fish.

For this meal, I simply fried the salmon and added salt, pepper, lemon and thyme. It turned out a bit dry, but I assume it was just from over-cooking it. This one needs a few more attempts before it gets recorded to memory.

Baking and dessert-making is usually the kind of activity I enjoy doing with my mom, so we’ve made a lot of sweet treats in the past two months. Unfortunately, baked goods often induce much more excitement than cooked meals and I sometimes forget to take photos. Cookies and muffins also tend to look more or less the same, recipe-to-recipe.

This recipe, though, was so cute that I couldn’t help but take some photos.

I’m fairly sure this is the link we used, but either way it’s a fairly fail-safe treat!

As I said above, when I’m looking for recipe inspiration I usually go to my collection of favourite food and recipe blogs, and search their sites. That way, I’m guaranteed a great recipe as well as some interesting new ideas I can experiment with if I’ve never tried them before.

I’ll populate this list as I find more! Do you have any recommendations for great recipes you’ve tried or go-to food bloggers you would recommend? 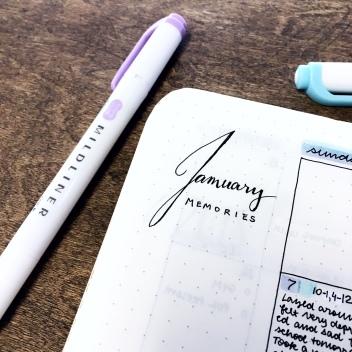 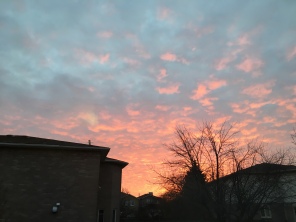 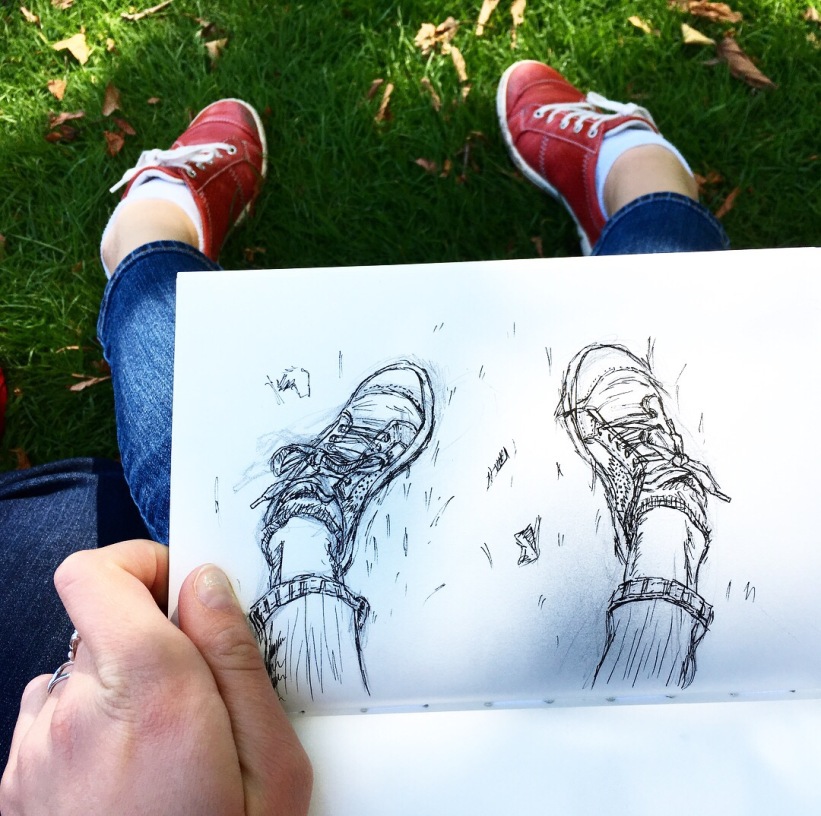